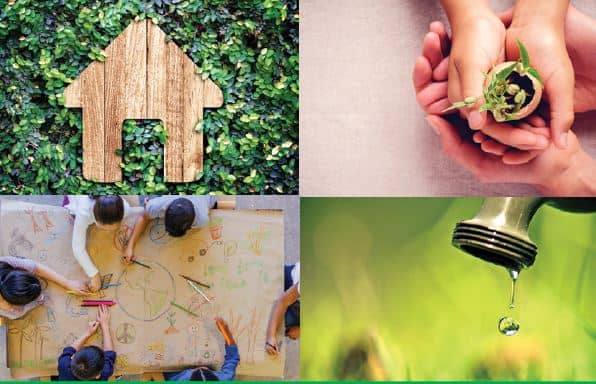 Earlier this year, City of Stirling was offering grants for projects that assist in promoting sustainability.  Science teacher, Mrs Kristina Hoy submitted an application outlining the Balcatta Senior High School’s EnvirArt competition.  The EnvirArt competition is the culmination of Year 10 Science Unit – “Global Issues”.  Students are given the challenge of creating a piece of art that informs and motivates people to do something about these issues and lead a more sustainable life.  Why? Because most people can’t/won’t/aren’t able to attend scientific conferences or read lengthy scientific articles, so they need to be reached in another way.

The artistic skills of students were used to produce pieces of work that captivated and moved our audience here at the school.  Due to the success of this task over the last couple of years, we are making it even bigger this year, and inviting other schools to participate in our EnvirArt competition.

This year, students are asked to create a piece that portrays important issues such as Environmental Destruction or Climate Change.  Linking tightly to the HaSS and Science curriculums, students will be required to incorporate their researched data into their pieces. Numerous schools are interested in joining our event, which has also been recognised by a professional organisation in Melbourne – Climarte – who is donating one of the prizes.

On Wednesday 9 May, the Principal, Mrs Maitland and Mrs Hoy attended the City of Stirling Living Green Awards 2018.  Balcatta Senior High School was announced as one of the winners for this award and received a trophy.  Congratulations to Mrs Hoy for showcasing the talents of our students and in doing so, promoted Balcatta Senior High School.  To be recognised by the City of Stirling in their Living Green Awards is a great honour for our school and our students.

The trophy is on display in the front office.