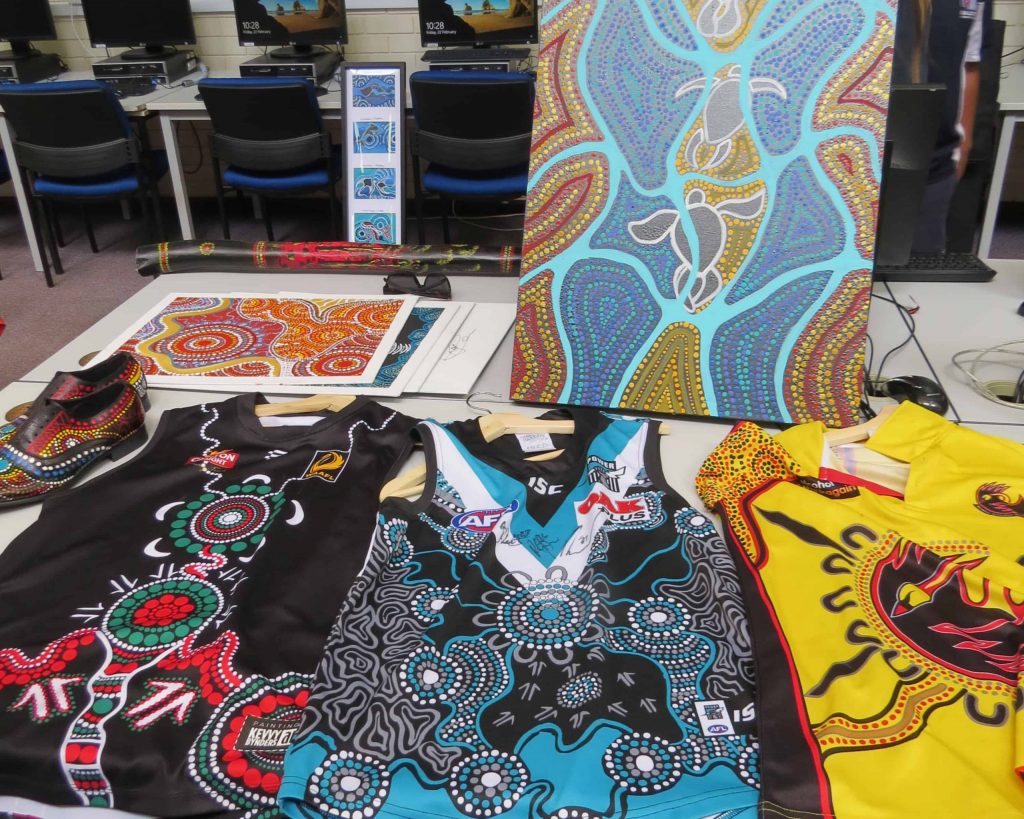 On Friday 22 February, West Australian artist, Mr Kevin Bynder visited the school to speak to our Year 8 students.  Kevin’s artistic flair and design have earned him the privilege of being the chosen designer for both the West Coast Eagles and Port Adelaide for the AFL Indigenous Football Rounds and also for the state’s cricket team, Perth Scorchers.  Kevin has been an artist for 17 years and has also had his design chosen for the Western Australia’s Men’s and Women’s State Aboriginal teams for the National Indigenous Cricket Championships.